TGIF, The Guard is Family...Spending time with my National Guard Family. 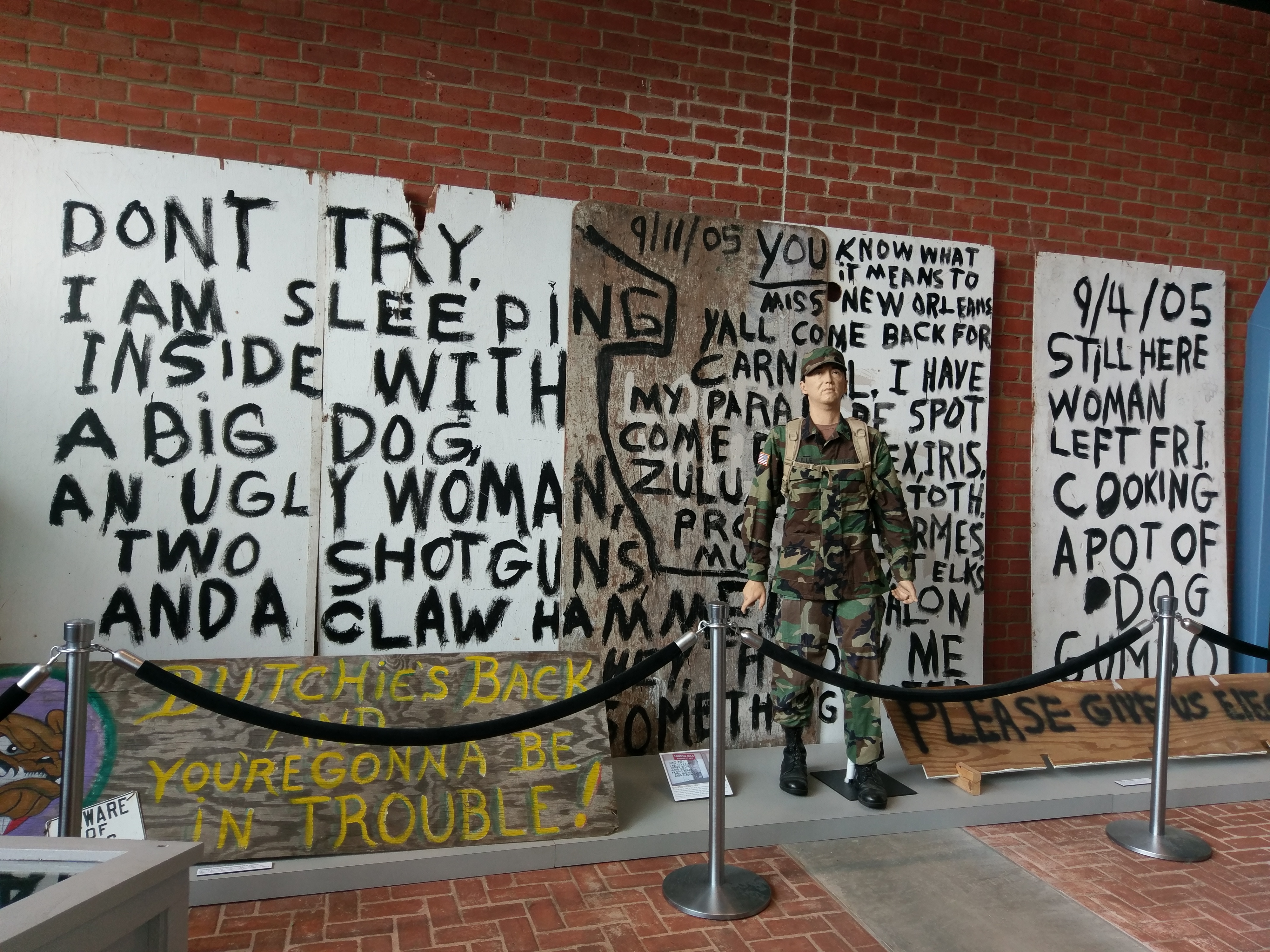 As we are in the full swing of State National Guard Association Conferences, we continue to be humbled by the Citizen Soldiers that serve this Nation.

A few weeks ago I attended a conference hosted by the Louisiana National Guard. It was held on Jackson Barracks in the Lower Ninth Ward...yes, THAT Lower Ninth Ward...the one that we all watched day after day as it struggled with Hurricane Katrina and her aftermath. I wasn't sure what to expect there, and at the same time, found exactly what I expected.

Driving away from the New Orleans airport, I looked for signs of damage...this is an old city by American standards anyway as it was founded by the governor of French Louisiana, Jean-Baptiste Le Moyne, in 1718...so finding anything that looked old or ruined...well that's kind of everywhere in a sense. But as I headed Eastward and out of NOLA toward my destination, signs started appearing. First it was the odd graffiti on actual houses, then there were houses that looked like they had been boarded up for years, and then the houses were just...missing. As I entered the 9th Ward, there were glaring tracts of vacant land where houses once stood. It was like some grotesque game of checkers: house, house, lot--lot, lot, house, lot and on. The land was usually filled with bright green grass--a stark contrast to the grey and block houses around.

When I made it to Jackson Barracks I was greeted by the most gentlemanly two guys (if they ever read this they will not be happy with me so no names here) who actually asked, no insisted, on taking my bags into the building and to my set up area. [Side note--if you have ever seen me in action at a trade show I carry three bags precisely balanced on my back and in my arms. I am a very low maintenance vendor--I set up quickly and disappear after the show just as fast...the point is I go to 25-30 shows a year on and off bases and I think this is the first time Soldiers insisted on helping me (and I let them.)] This act of kindness to take care of a stranger gave me a small glimpse of what they gave when the storm hit.

After getting set up I spent some time getting to know these guys and gals...and I have to repeat how humbled and honored I am to know them and to spend time in their company. They are truly the BEST of America. Many of them had JUST returned from Iraq when Katrina hit, and they stayed. Many of them fled WITH their families to the (assumed) SAFETY of Jackson Barracks...and as you may or may not know, Jackson Barracks was hit HARD by over 12 feet of water within 45 minutes. It was NOT safe. Some of them lost everything at home and many lost some. All of them took the bad of the situation and eventually turned into new lives for themselves. I cannot imagine grabbing my kids and fleeing to the last available cabin in a State Park north of where I live and hearing on the radio , "Don't come back--there is nothing here for you anymore--make a life where you are." That's what they and their families went through...and they still were called to Serve their neighbors.

Even after listening to all of that I asked one of my new friends how long it took before things got back to normal. He looked at me straight in the eyes and said, "It is still not 'back to normal,' but this is our home."

Thank you Louisiana National Guard, Thank you Voodoo Chapter of AAAA, and thank you to my new friends from the Lower 9th...you are my Heroes and Heroines. #TheGuardIsFamily. 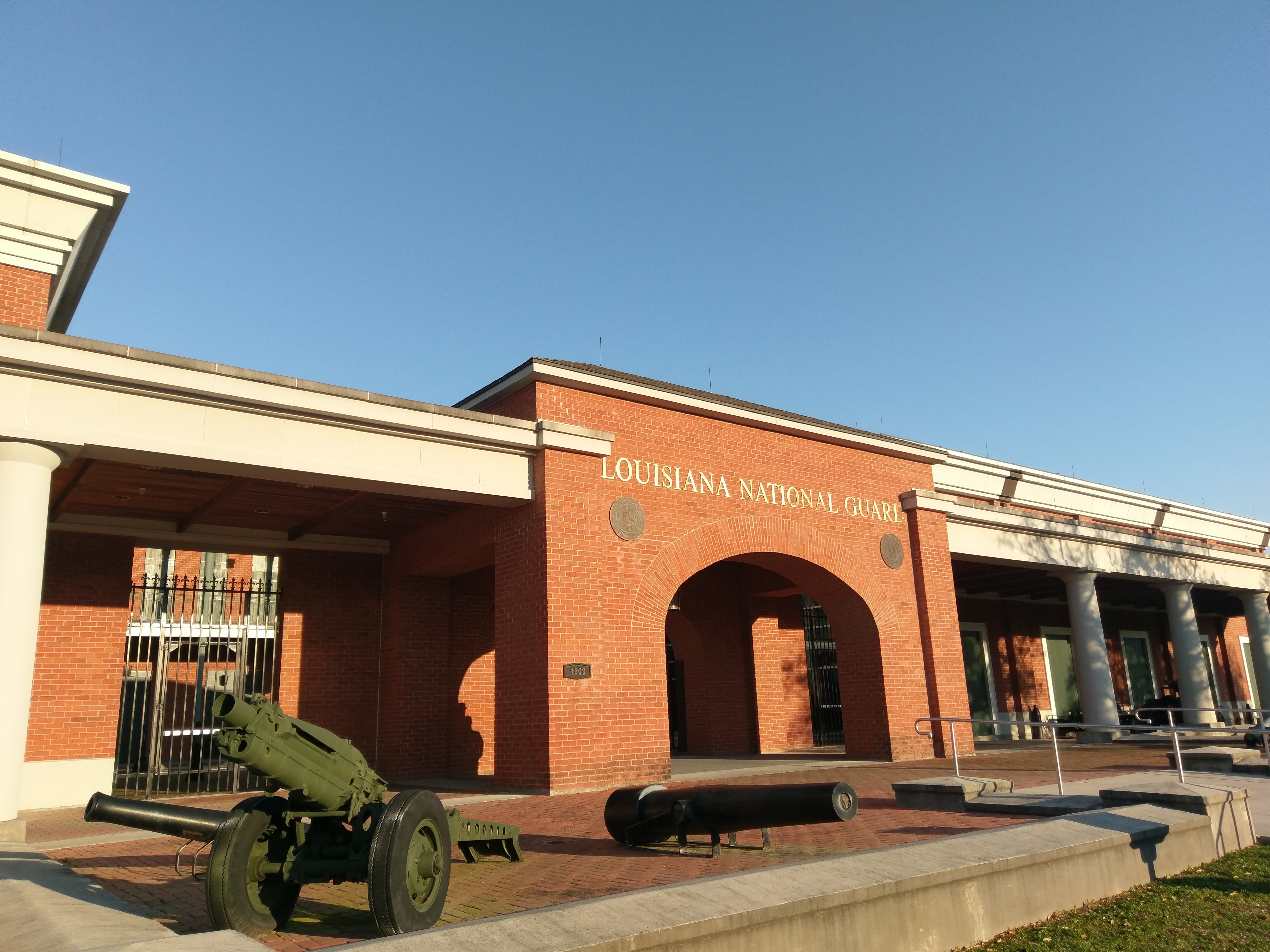