During World War II our US Navy ships were trying to navigate around the heavily mined waters around Japan. Our grandfather, Julian A. McDermott, thought that if the first ship threw lights off of either side, it would create a clearly marked lane for subsequent ships. Thus, the "floating water lights" he designed gave a decided advantage to American Sailors in 1943. This was the beginning of our family serving those who protect us. Grandpa also worked on lighting for Radio City Music Hall and for the NYPD/NYFD and ConEd. He held 18 Patents when he passed away on August 14, 1990.

Grandpa had his electrical engineering degree–but he was not complete until he married Grandma.  Mildred had to hide her marriage to him to complete her accounting degree because it was not acceptable for married women to be in college!   Wow!  She used to get off of the city bus blocks away and walk home to keep the secret.   They were a dynamic couple and loved each other (and us) until the end.

Their legacy to us emphasized hard work, creativity, innovation, passion and that "this world doesn't owe you anything--work for what you have."

Due to an arsonist that burned our NY building, their son Kevin McDermott resettled part of the company in a new location.  This eventually lead him to the development his covert line of "Phantom" lights.  His work is in the hands of every Army Aviator, on every aircraft carrier, in all military ambulances and in the kit of every front line military disaster response unit.  He ran our family business for over 40 years.

On January 7, 2019 we lost our father after a 37 month battle with Pancreatic Cancer.  Dad loved his work designing lights and saving Soldiers' lives.  He owned 47 US Patents--and wrote most of them himself.    Our hearts will never be the same but his legacy will live on.

So...Why does that make us a combat multiplier? Because WE design our lights for your battlefield and don't start selling them without YOUR approval.  We need to know your light would not stop working "in the cold part of Alaska" and didn't get overheated being dragged through the jungles of Panama...that when you dropped it out of a helicopter at 400 feet and circled back around to get it, it still worked...that when you taped it to your weapon during MOUT training it stayed illuminated and when you ran it over with your military truck it didn't flinch.

Every military light you see on this site was built, tweaked or vetted by someone wearing our American Flag and that means everything to us.

Moreover, NOT every light is available to the general public.    We don't think covert lighting should be sold to bad guys (or even questionable guys)...so we tell them and their $$$ "No thank you!"

Our lights have saved the lives of numerous military personnel--that is an honor and a responsibility that we do not take lightly.

So--Phantom Products makes lights that are Combat Multipliers?  Absolutely--you can bet your life on us, and thousands of people do.

The McDermott family holds over 70 US and International Patents and 25 Trademarks. 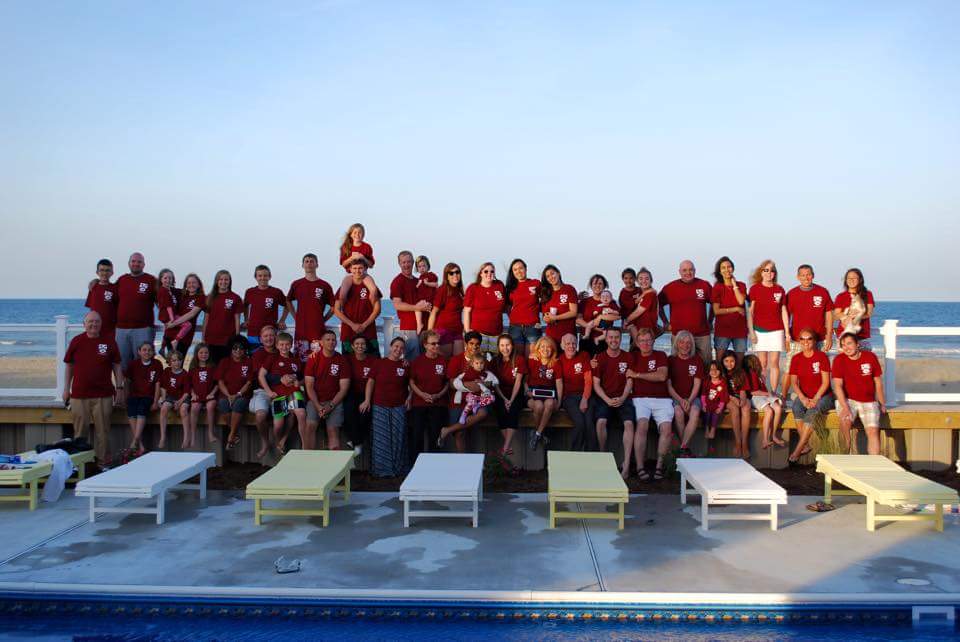 Here we are almost 70 years, 10 kids, 27 grandchildren and 24 great grandchildren later…the legacy of Julian and Mildred McDermott lives on in our family and our lights!